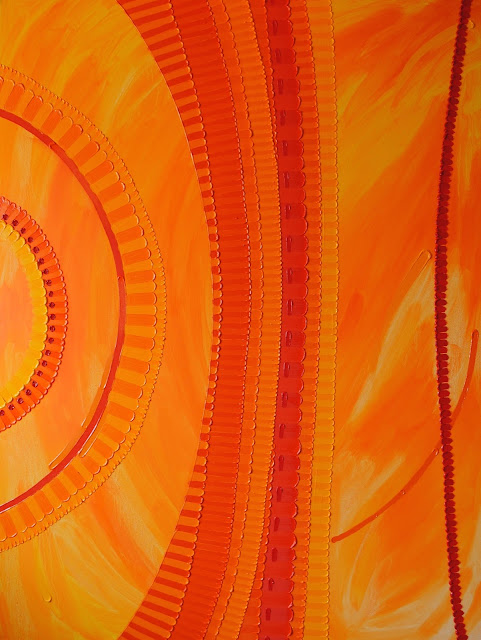 The geometric patterns and forms described in the post on entoptic phenomena below are a fundamental feature of many Abstract Spiritual visual art vocabularies, including several artists included in practice, Practice, practice. These are variously (though not exclusively) characterized as sentient entities in a virtual painting reality, as visions of the underlying structure of consciousness, or as portals between the mundane and sacred realms. 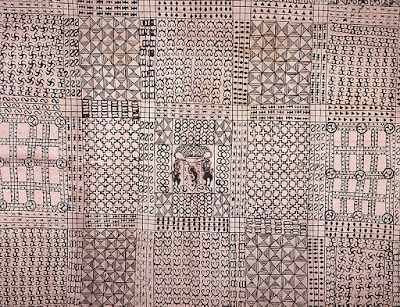 June Edmonds' vibrant, confidently impastoed  circles of radiant color are like controlled bursts of psychic energy, caught at various points in their unfolding, often cropped like a snapshot, offering a momentary, fragmentary glimpse of a much larger system and process. Citing the remarkable and rich ideographic Adinkra symbol-system of the Ashanti, Edmonds' description of her work as "a doorway to memory" also reinforces its visual similarity to the dot-paintings of the indigenous Australians -- the longest continuous visual art tradition operating in the world today (and, in case I need to point it out, an Abstract Spiritual Painting tradition). 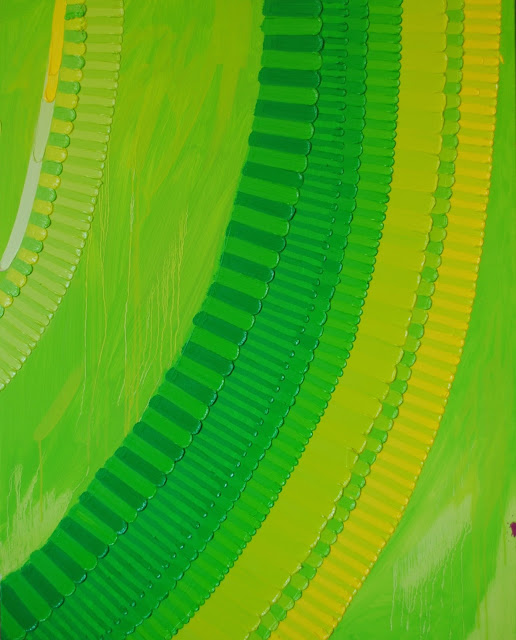 Edmonds' circles and curves also bear a delightful social interpretation, as multiple "doorways" brush against one another, intersecting or overlapping -- multiple simultaneous autonomous but interdependent denizens of Flatland jostling and negotiating to find balance. It's called "composition," people! 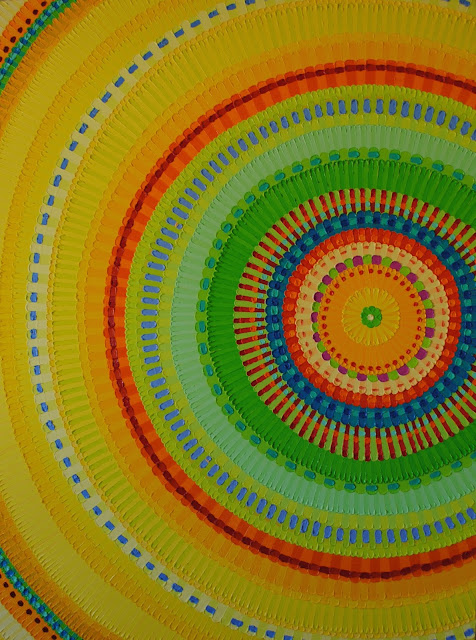 Inspired by my meditation practice, The Circle/Curve Series began as a way to explore how col-
or, repetition, and balance could serve as conduits to spiritual contemplation and interpersonal
connection. 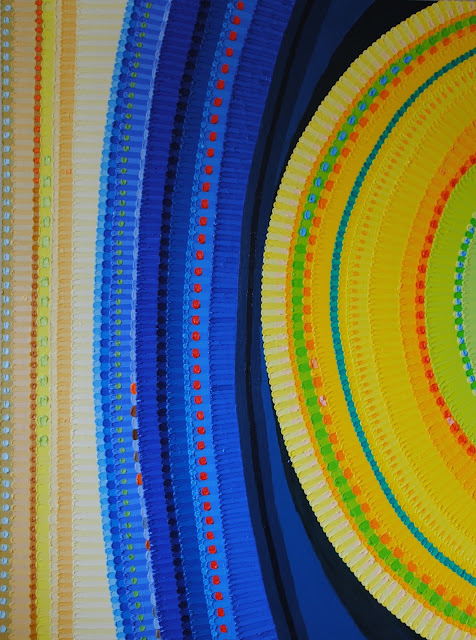 I am drawn to the use of the circle because of its rich array of cultural and historical
associations. The West African Adinkra use concentric circles to symbolize what is said to be
the symbol of “the greatest power”. In my work I use the circle as a doorway to memory, to
identity and to connection to the highest and most mysterious parts of the inner self. Themes of
personhood and the complexity of relationship are also addressed in these works. 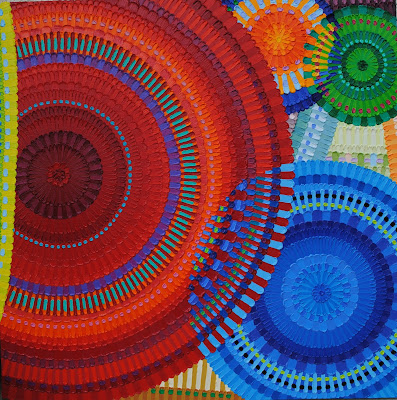 I’m interested in the ways counting, keeping time, improvisation, and elements of surprise can be
represented visually within each work. My goal is to infuse each work with a rhythmic, pulsating,        and alluring energy which invites the viewer to connect with something higher within.

See more of June's work here: http://juneedmonds.com/home.html, and in person at pPp until Sunday the 17th! 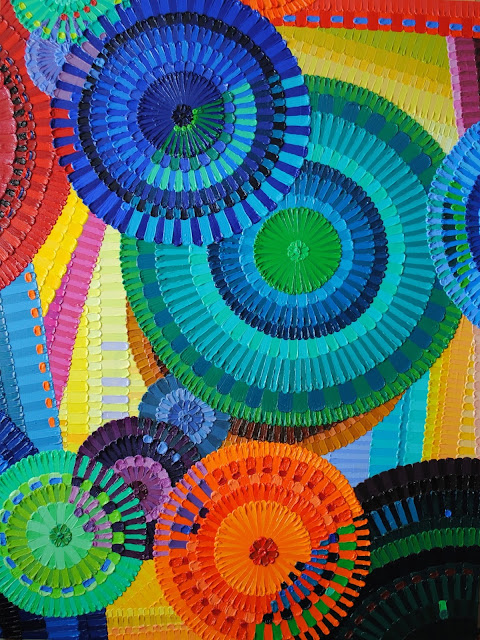